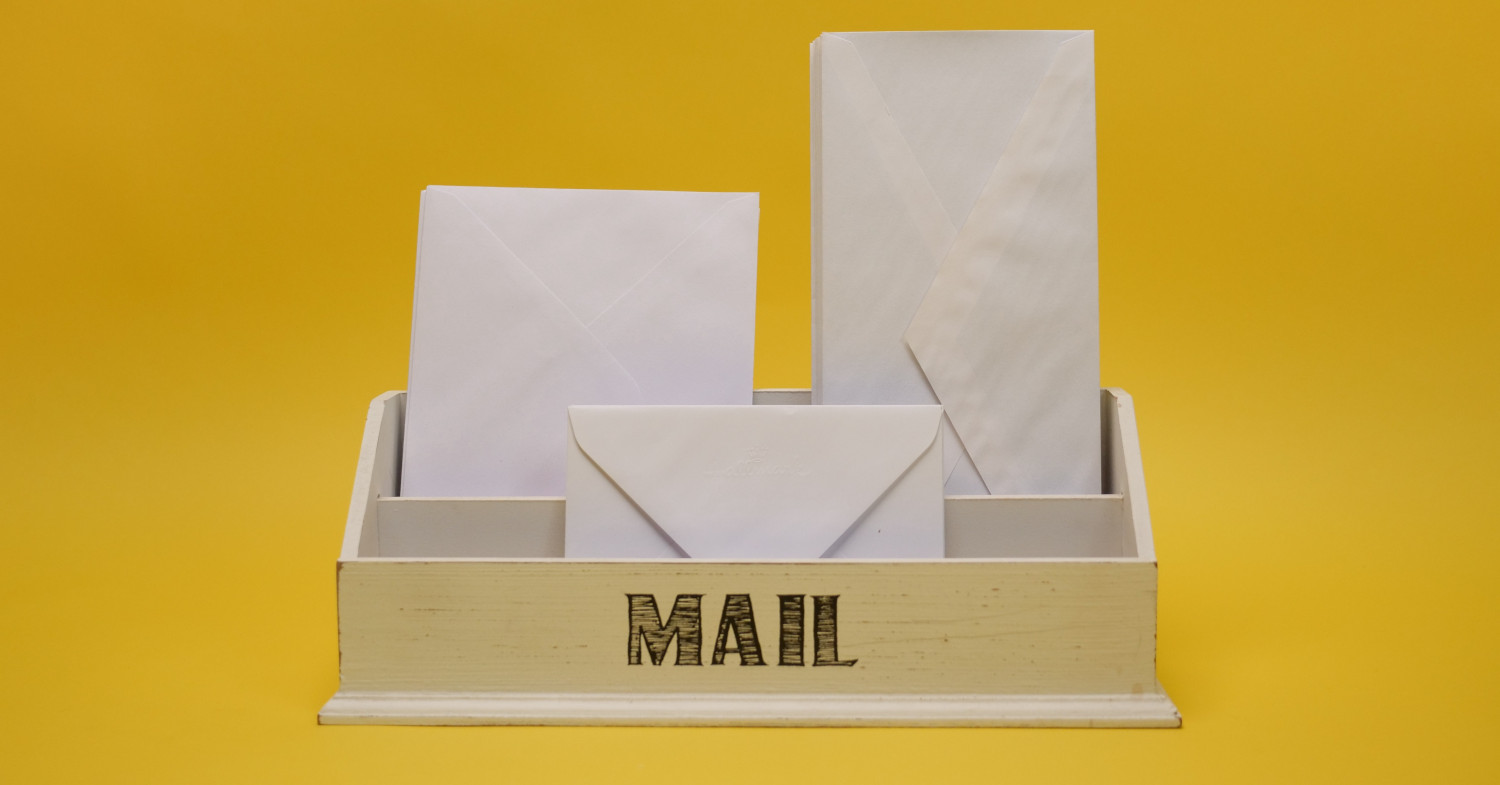 So far I have had a pretty clear division of labour between Postfix and Dovecot. Postfix accepts mail from other MTAs and puts it into my maildir. Dovecot accepts my client’s inquiries and hands it the mail it finds in same maildir. I muddied the waters a bit when I started asking Dovecot to serve as authenticator for SMTP but those waters are about to get a fair bit murkier. Postfix will now relinquish the job of actually delivering the mail to maildirs and instead hand it over to a Dovecot service.

Why? Postfix has done a fine job of it so far, has it not? Yes, but Postfix is not a very sophisticated mailman. It shoves my mail in the mailbox/maildir that I tell it to based on virtual_mailbox_base and virtual_mailbox_maps but that’s all it can do. If I want to set up filtering rules or other intelligent processing of mail delivery, I am going to need to insert another step, namely using the Local Mail Transfer Protocol or LMTP for short. In essence, LMTP is the protocol that allows Postfix and Dovecot to actually talk to one another, rather than one just leaving messages for the other on the kitchen counter. Insert your own old-married-couple joke here.

The essence of today’s post is simple. I will install, configure and start up Dovecot’s LMTP service. Then I tell Postfix of the new order of things and test that mail is still going where it should. That is it; that is all. I won’t gain anything new and exciting by it this time round. In a later post I’ll use my new LMTP powers to do something a little more interesting, like filtering using Sieve.

Before I do anything to my current setup I want to take a look at what happens when an SMTP server approaches my MTA, Postfix, with a message. In general I’ve found it helpful to save logs to an archive before making any sort of changes to make it easier to compare what happens now to what happened before the changes.

RedinSkala has a good, detailed breakdown of a similar transaction (with some extra steps and a handover to local rather than virtual). The log follows the SMTP interaction described in the first post in this series which can be helpful to keep in mind. For my immediate purposes the following should suffice:

I will take a look later at the same scenario once I have implemented LMTP but – spoiler alert – all that will really change is that the 4th line will disappear, i.e. that the LMTP handover takes the place of the virtual daemon.

There may be some dedicated LMTP servers out there but my searches didn’t really reveal any major projects. Fortunately, Dovecot comes with an LMTP tag-on service. Depending on platform it may require a separate install. On Debian I had to do apt-get install dovecot-lmtpd. The install will plunk down an lmtpd.protocol file in/usr/share/dovecot/protocols.d/ which ensures that the service will be included as an option along with the standard Dovecot imap listeners, thanks to this line in the default dovecot.conf file.

Very little actually needs to change in my Dovecot setup. As mentioned previously the protocol is added automatically after install (with the default Debian doveot.conf at least) so all I need to do, is to add and configure the service. This is done similar to previous Dovecot services that I have started, like imap and imaps, in 10-master.conf.

I specify user in order to maintain the order that used to be implemented via a static userdb in Postfix, namely that there is only one user, vmail, that owns mail on all accounts. If user is not set, LMTP is run as root in order for it to take on a new id for each user that receives mail – which only seems relevant in a local setup, not a virtual one.

Next, I use TCP port for communication because I run Postfix and Dovecot in their own separate containers and ports are so much easier than sockets when using containers. Since only Postfix needs to talk to my LMTP service, I am not going to forward the LMTP port (informally, port 24 is common if not canon) so I am not making “LMTP visible for entire internet”. To be perfectly honest, I am not sure if address specifies allowed hosts or interfaces that lmtp should listen on. Not setting it works and doesn’t seem overly dangerous (if someone is in my Docker network, I’m probably done anyway). Because, Dovecot already knows where to look for mail – I told it earlier in 10-mail.conf so it could find the messages left behind by Postfix – I don’t need to tell the LMTP service where to archive it. The LMTP server just uses the same settings, easy peasy.

Now I just need to instruct Postfix to use the service, rather than attempt delivery itself. Entering main.cf I add a single line:

Simple, really. Protocol:[IP]:Port. If Dovecot and Postfix run on the same machine, 127.0.0.1 should do the trick (not so sure about localhost, though, as I have previously been burnt by assuming Postfix does intelligent DNS lookups. Some old settings have now been rendered redudant, so I may as well comment them out or delete them for clarity: virtual_mailbox_base, virtual_uid_maps, and virtual_gid_mapsall tell Postfix’s virtual daemon where to stash messages. But Postfix isn’t going to be writing mails directly to disk any more so it has no need of the path or the permissions for mail storage.

Restarting everything and waiting for spam to arrive (never a long wait), this is what I see in the Postfix logs:

As I mentioned previously in the spoiler, the only difference we notice is that the virtual daemon isn’t called anymore. So what happens instead? Let’s go look at the handover from the Dovecot side of things:

So apart from the very verbose (thanks to debug setttings) output, repeating all relevant settings and configs, what we see is and incoming connection from Postfix (considered the client in this relationship), a handover, a save to disk and an end to the connection.

So has anything changed on the ground? Well, it shouldn’t have. If I look at the maildir folder, this is what I see:

It should be easy to tell when I made the switch because Dovecot clearly uses a different naming scheme but other than that? No, same uid/gid and same permissions. Perfect.

So does Postfix need to know about users at all anymore? It asks Dovecot for user checking when sending mail (SASL) and it leaves mail distribution to users to Dovecot wholesale. There is still one thing, though: I would like Postfix to reject (or silently drop) any mail to non-existent users. But for Postfix to do that, it needs to know which users are real and which aren’t. The easy way to still have this functionality is to keep the otherwise vestigial virtual_mailbox_maps around. As detailed in a previous post, virtual_mailbox_maps maps users to mail locations. I don’t need the mapping anymore because Postfix doesn’t deliver mail to the doorstep any longer but the file can still serve as a simple user check. Here’s how it works when I send a message to nosuchuser on the domain:

If I do remove virtual_mailbox_maps from my main.cf, nothing is going to crash but I will be telling spammers and others that they have found an opening and can expect a lot more traffic to those pseudo accounts. Postfix will accept mail to those accounts because why not, and Dovecots LMTP will follow the mail_location setting and, if necessary, create a new maildir for the ‘account’.

It is possible to reject mail to non-existant users with a Postfix/Dovecot collaboration scheme to avoid having to maintain a list of users with Postfix. However, for my three plus accounts I don’t mind maintaining the virtual_mailbox_maps file even if it is a bit illogical doing it this way now.

LMTP is the prerequisite for filtering with Sieve so that is a natural next step. I will however leave it for a while, for two reasons. The first is that there are some quite pressing matters regarding how my SMTP connects to others SMTP, that will be addressed in the following posts. The second is that – to my mind – filtering comes after spam detection which will be the subject of a later post.